"So lived Medusa: each morning, before brushing her hair, she took care to feed the one thousand nine hundred and twenty-eight snakes quivering on her head. She called them by name—Thorium, Argon, Rubidium, Strontium, Cadmium, Titanium, Helium…— lavishing them with a few flattering words and then, by feel, sliding a dead fly into each of their mouths. Digestion was immediate. When their bilingual hissing evoked nothing but an innocuous gas leak, she could then attempt to arrange the fauna that was her moptop—as a child, Medusa buried her face in anthills and counted to a hundred, lips shut, eyes closed, and from this monstrous apnoea experienced something like pleasure. But most often she was content to coat her hair with a barbituate-based pomade, waiting twenty minutes or so and then enshrining the greasy bouquet within a woolen cap. Her toilette was long and painful. Nude on the tiled floor of the bathroom, she rubbed newsprint rolled in a ball and moistened with gasoline over her arms, then washed them with soapy water and, when they were dry, polished them with a shammy. The process had to be repeated every day, or else grayish-green stains reappeared which had to be eliminated quite quickly with hot vinegar or with lemon juice infused with coarse salt. Which was inevitably followed by long warbled howls, which awoke the snakes, who flew into a rage; everything had to be done over. Most of the time, she went back to bed and stayed in front of the extinguished TV for hours, without answering the telephone, spying on her ashen reflection in the dead screen. When she was an adolescent, eating was a nightmare, her boar tusks knocked over the carafe, scratched the dishes, got stuck on the bread. She had to pull them out herself and cauterize her gums with hydrochloric acid so they wouldn't grow back. Once upon a time there was a girl called Medusa who each evening, to fall asleep, counted the cadavers of her petrified lovers. These latter, like certain of the living at certain times, preserved in the hollow of their navel a minute quantity of sperm, which formed a plug, the proper return of things. After which, duly turned to stone, they ended up in the garden of her small suburban home, more vertical than ever. Except when fucking, Medusa never removes her sunglasses." (Claro, Bunker Anatomy, translated by Brian Evenson).
à juin 24, 2008 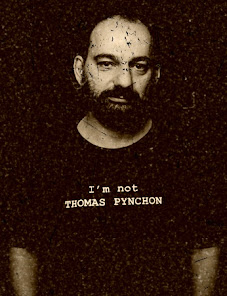